The campaign's primary goal was to increase the number of tourists visiting Nepal from Europe in 2017 by approximately 30%-40% in compare to 2016. After the completion of 6 months of the campaign, in the first half of 2017, the statistics published by Department of Immigration shows an increase in tourist arrivals from Europe by approximately 40%. The United Kingdom and Germany, the top two tourist sources from Europe, saw a rise of 43% and 40%, with the total of 26,395 and 13,499 tourists respectively in first six months of 2017. Other European countries such as France, Netherlands, Ireland, and Poland also saw a significant increase of 39%, 42%, 51% and 73% respectively. The second half of the year includes the peak tourist months of September, October, and November; the overall percentage is expected to rise at the end of the year. 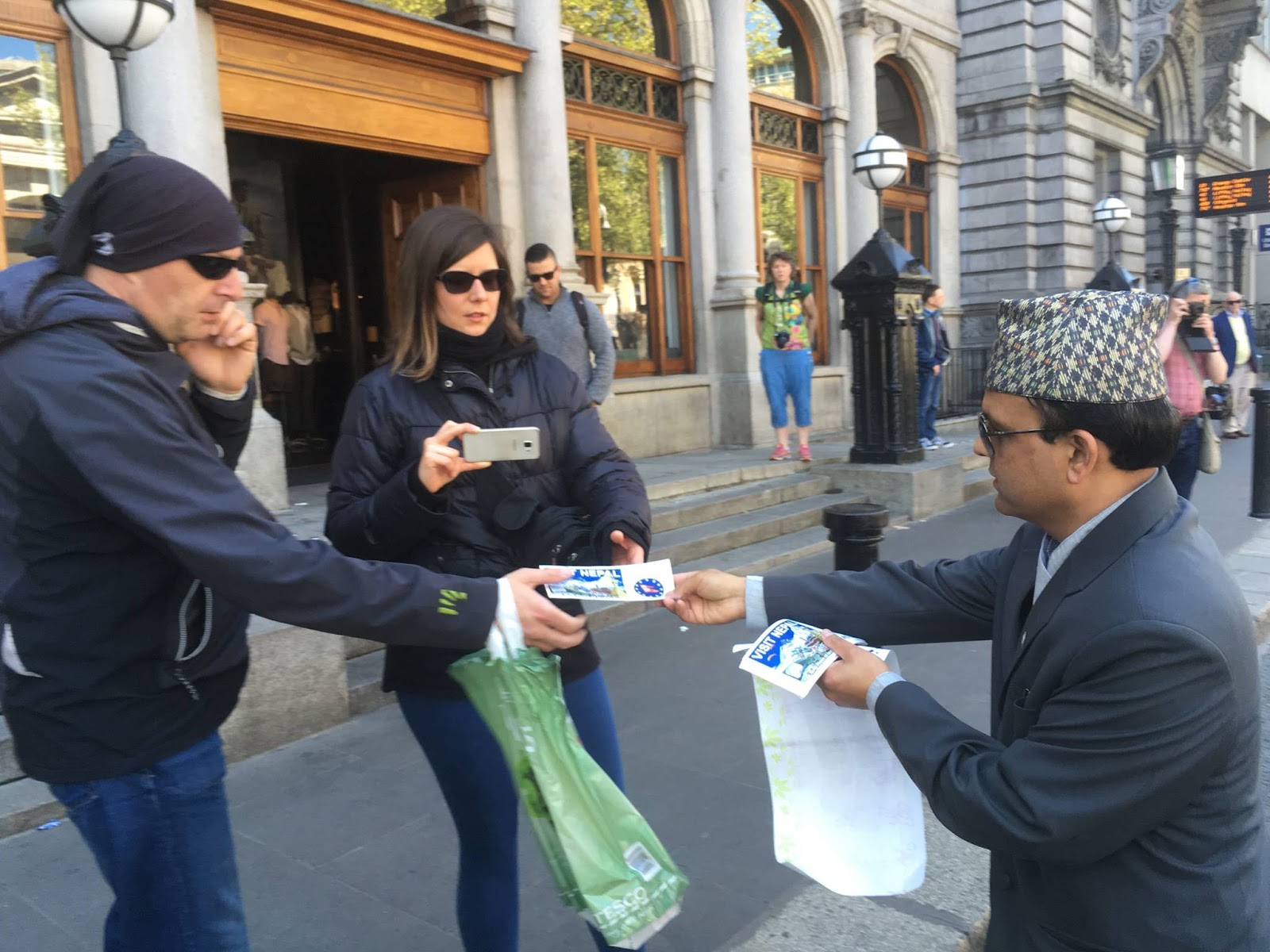 The chief coordinator of the Visit Nepal Europe 2017 campaign Mr. Deepesh Man Shakya, who is also the Nepal Tourism Board Honorary Public Relations Representative (NTB-HPPR) for Ireland, has expressed his satisfaction on the progress of the campaign. Mr. Shakya said - “This campaign is an initiative of NTB-HPRRs in Europe.

It is strongly supported by all Nepal Embassies in Europe including Embassy of Nepal in the UK, Germany, Belgium, Denmark, and Switzerland. The main goal of the campaign was not only to increase the number of tourists going to Nepal from Europe but the plan was also to create a strong Nepal Tourism Promotion platform in Europe by bringing Nepal’s diplomatic missions, Nepalese diaspora and friends of Nepal together to create an integrated networking forum. With the amount of support and help we have received from all sectors, we have already exceeded our goals. We are very confident that with the foundation we have planted in Europe through this campaign, we will be able to drive more tourists from Europe to Nepal in 2018 and beyond”. 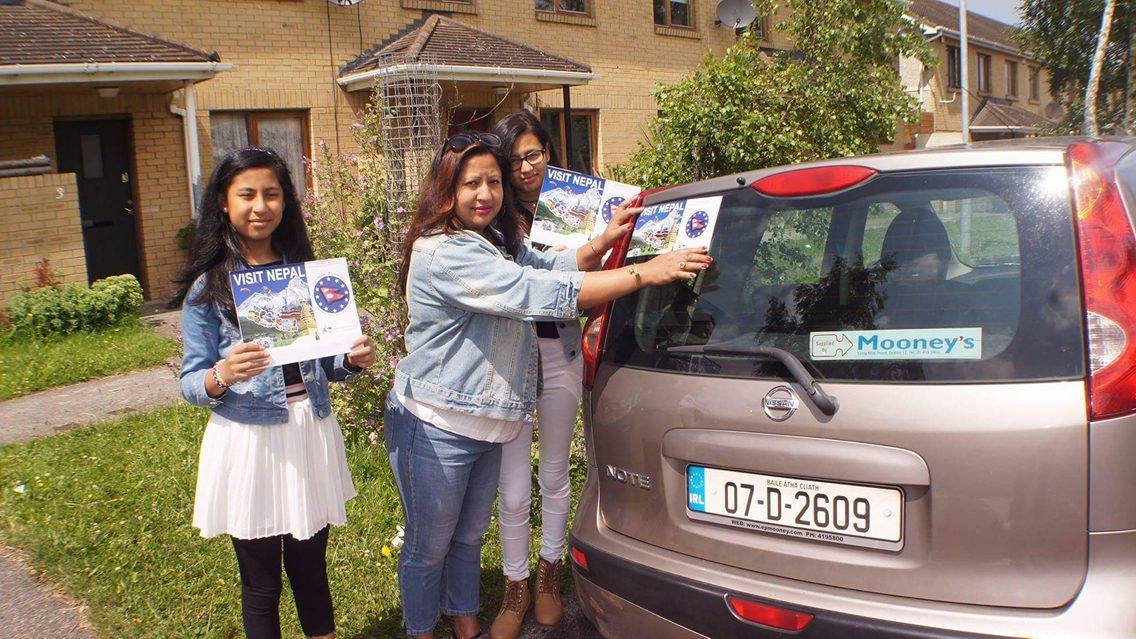 The campaign team has been organizing various programs and activities in different parts of Europe. Visit Nepal Europe 2017 stickers are being widely distributed to Nepalese diaspora in countries such as Ireland, UK, Denmark, Belgium, Switzerland, Finland, Cyprus, Spain, Russia, and Germany to display on their cars. Embassies in UK, Germany, and Belgium have been posting the campaign stickers and tent cards to Nepalese restaurants in respective countries .

Other Embassies are also planning to follow the suit. Mr. Shakya says it is the campaign’s one of the major objectives to make Nepalese restaurants in Europe as the Nepal Tourism Promotion hubs. Foreigners coming to Nepalese restaurants abroad would have at least some degree of affinity towards Nepalese culture and the country as a whole. A proper promotion of the country at such venues will have a high probability of attracting potential tourists to Nepal.

The tent cards and stickers are also being distributed to put in different hotels of Nepal. All major five-star hotels of Nepal such as Hyatt Regency, Crown Plaza, Hotel Annapurna, Hotel Radisson etc. have been displaying the campaign tent cards in their premises. 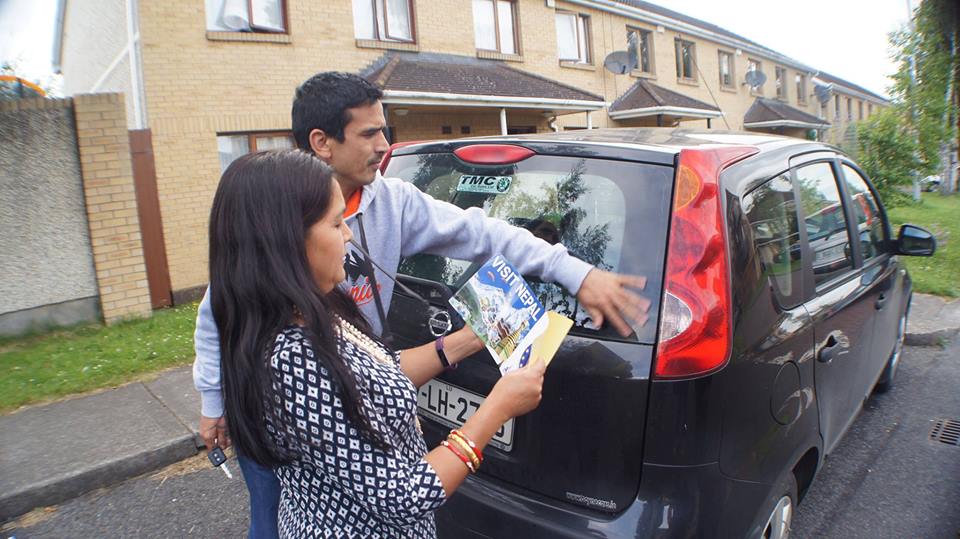 NTB-HPRR for Denmark Mr. Som Sapkota and NTB-HPRR for the UK Mr. Pashupati Bhandari, who are also the members of the campaign co-ordinating team, have been actively engaged in encouraging local diaspora, meeting with local public representative and tour operators to attract European tourists to visit Nepal.

NTB has also been taking a full benefit of social media. According to NTB’s PR department head Mr. Bimal Kadel, the paid advertisement of Visit Nepal Europe 2017 promo videos on social media such as FaceBook has helped in reaching out to a wider audience in Europe which otherwise would have been very difficult to reach out to. The campaign has so far produced more than twenty promo videos with a cumulative reach of over one million people.

NTB organized talk programmes in Belfast (UK), Edinburgh (UK), Limerick and Dublin in Ireland to mark Mt. Everest day. Keeping up with the momentum of the campaign, NTB is organizing a major event, Nepal Ireland Day, in Dublin jointly with Embassy of Nepal London and Nepal Ireland Society on 10th September. The event is expected to attract more than 12000 local visitors. A Nepalese cultural programme, mountaineering talk programme by Irish Mt. Everest Summiteers of 2017, a photo exhibition with photographs from European tourists who visited Nepal, Handicraft stalls, Travel Agency stalls and many other activities will be seen on that day.

Nepal Tourism Board CEO Mr. Deepak Raj Joshi expressed his delight on the work of NTB-HPRRs in Europe and the visible output it has produced. Mr. Joshi has vowed to fully support similar initiatives in future in order to reach the target goal of getting 1.5 million tourists to Nepal in 2020. Nepal government has decided to celebrate the year 2020 as Visit Nepal Year instead of 2018 citing lack of preparation. Mr. Joshi is confident that Visit Nepal Europe 2017 campaign will help make a strong foundation for the global campaign in 2020.